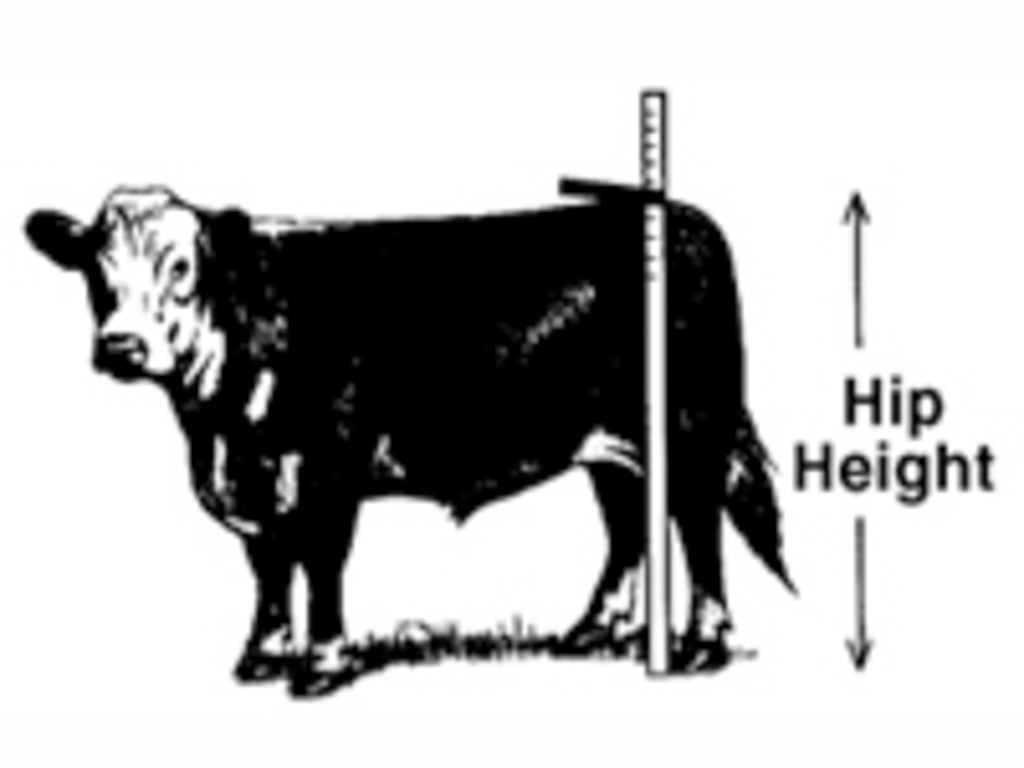 The breeding farm  HCE – Highland Cattle Eschweiler wants to know as soon as possible how the youth animal will develop. Therefore we already compare our animals, very early, with the Fram Score table, which was developped from the university of Missouri and which is valuable for all kind of meat cows.
Beef cattle, with sufficient providing, develop in a general frame work. The measurement of the animal is made in a silent and upstanding position, excecuted on the sacrum.All values of this table, are in centimeters, mesured from the sacrum.

Our breed aim is, to have a homogeneous breed, that means that the mature bull and his cows should be in the same class. We strive for a bull of the class 5-6 and so also the cows should be class 5-6. Therefore we handle a strict breed selection, as this is an extreme case. With the best evolution and the decent nutrition, an animal that once has grown into a class, will at the end of his mature be in the same class, with a probability of 99%, that means that animals under regular and best keeping won’t change from one class into the other. That means that one can suppose, the day you buy an animal, which isn’t mature, that his final frame score will be the same as at that moment.

You can find out more about which cookies we are using or switch them off in settings.

This website uses cookies so that we can provide you with the best user experience possible. Cookie information is stored in your browser and performs functions such as recognising you when you return to our website and helping our team to understand which sections of the website you find most interesting and useful.

You can adjust all of your cookie settings by navigating the tabs on the left hand side.

Strictly Necessary Cookie should be enabled at all times so that we can save your preferences for cookie settings.

If you disable this cookie, we will not be able to save your preferences. This means that every time you visit this website you will need to enable or disable cookies again.

This website uses Google Analytics to collect anonymous information such as the number of visitors to the site, and the most popular pages.

Please enable Strictly Necessary Cookies first so that we can save your preferences!